In May 2022 Running Miles joined forces with Phoenix Running Ltd and became part of the Phoenix Running family run by experienced Race Director Rik Vercoe. Running Miles will continue to operate as its own brand, with its existing processes, and to the very high standards you've come to expect from this brilliant race organistaion. Steve Hunt, Race Director of Running Miles, will be focusing on other projects and so Phoenix Running are going to continue with the great running events and locations that Steve has developed over the last 7 years whilst adding a splash of Phoenix into the mix.

My brother Jeff was a keen runner at school, competing in cross country (for Bucks), track, road (first half marathon at the age of 11) and the occasional 50 mile ultra (first aged 16 when that sort of thing was still allowed), He stopped regular running at the age of 18. At the age of 40 and overweight he made a desperate attempt to get fit by running 3 marathons in 3 days at the Jurassic Coastal Challenge - it nearly killed him and it took him several months to recover. His running stopped again!

In 2014, he decided that he wanted to get properly fit and rediscover the love of running that he had as a child. He did and running has literally changed his life for the better - not just lighter and fitter but generally he feels happier, energetic and more alive. His ambition is to join the 100 Marathon Club one day - a lot of running still needs to be done between now and then

Having supported Jeff at a number of his marathons, I asked him if he would help me start organising running events, he struggled to understand the satisfaction I would get from organising events but then again, as a non-runner (as I was then) it was difficult for me to understand how good it feels to run marathons.

A deal was reached - he would help me organise events if I started running. Having done very little exercise in the last 30 years, I started in April 2016 by installing a treadmill in the shed and hiding in there while attempting the C25K. Once confident enough I headed out on a Saturday morning in June to complete my first Parkrun. Jeff was now honour bound to keep his end of the bargain and Running Miles was born. 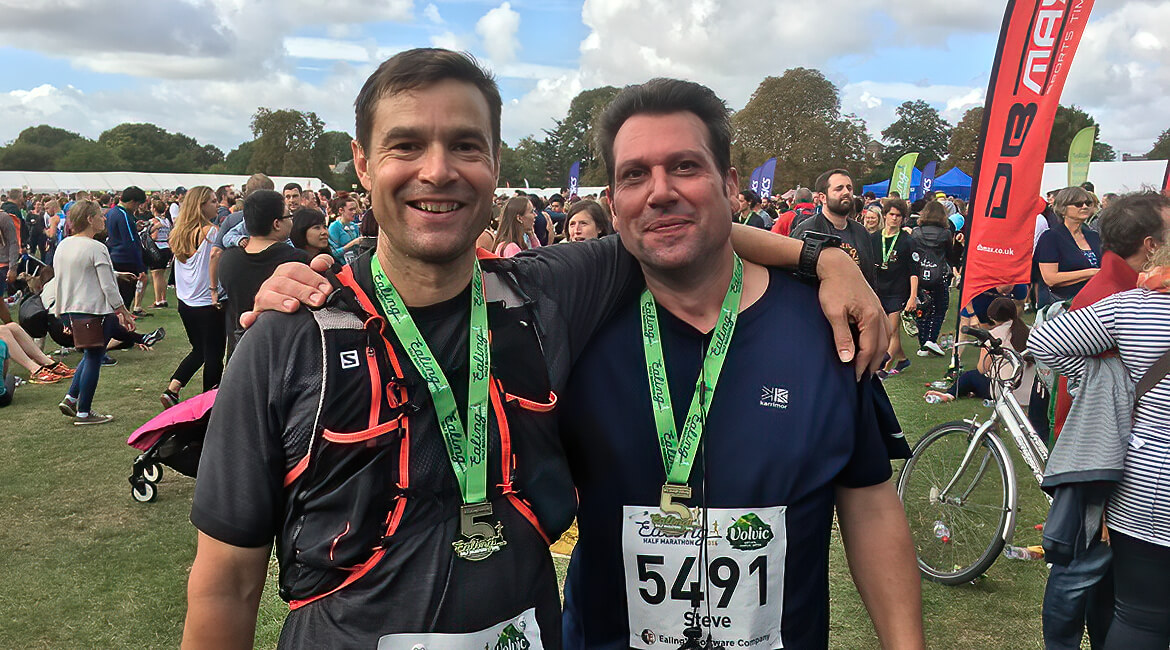